A little boy tucks his chin under, looking down.  Tears stream down his face and he lets out a wail.  “Mana qhepakuyta munanichu!” he sobs.  “I don’t want to stay!”  Irineo is in first grade, and has never been in school before.  His native tongue, Quechua, isn’t spoken at The Center and everything around him seems strange.  So his mom stays outside the classroom, ready to reassure him at any moment.

Irineo with his mom and younger brother

Days pass.  Weeks pass.  When classes begin, his mom leaves and the tears come.  His little chin wobbles, his eyes fill, and sobs wrack his body.  Then, little by little, a smile creeps onto his face and the tears dry up.  He starts to engage in class, starts to learn words in Spanish, and his smile grows. 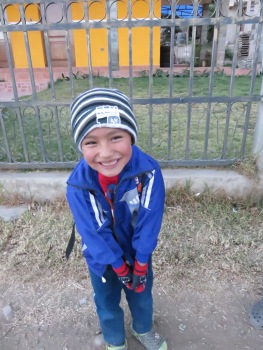 Pretty soon, he is learning his numbers in Spanish, learning to read sounds in his second language and beginning to put those sounds together to form words.  He tries out the new cement slide, starts playing with the big trucks at recess and starts to make friends.  When teachers greet him, instead of tucking his chin in and lowering his eyes, he flashes a smile.

By the end of the year, his smile is here to stay, and he embraces school at The Center, laughing and playing like all the other kids, his tears forgotten.

That same little boy is now a well-adapted second grader, happily learning on his own in class.  He ended first grade not knowing how to read, but has quickly moved up in the class and is learning how to read fluently in his second language: Spanish.  His confidence his boundless, and he can now speak more Spanish than his mother! 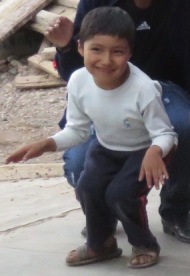